Each year we try to better the charity in some way.  We have an email address, Facebook page, and a website. This is our 10th official year, and we recently became a 501c3 tax-exempt organization.  This allows us save money on our purchases. We spend approximately $2500 a year on bedding and at 8% that is $200 that could go towards bedding purchases.  Also, we plan to learn grant writing so we can apply for grants to support our agency in lieu of “basket fundraisers.” This will allow us the ability to provide more children with a warm and cozy place to sleep.

This is a lifetime mission for us.  We plan to continue and thrive as we transition into retirement and have more time to devote to Beds from Brian. 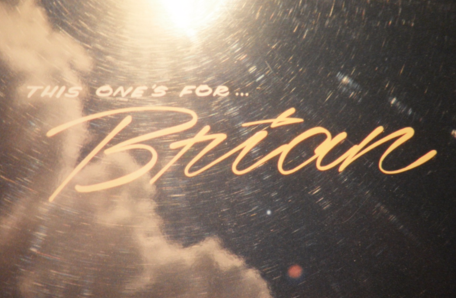 Certificate of Incorporation and 501(c)(3) Approval

​​The Certificate of Incorporation of Beds from Brian Inc. was approved by the State of New York Department of State effective July 28, 2015.

The New York State Department of Taxation and Finance has been updated with our federal tax EIN as of August 26, 2015.

​​​The LaFleur family, Doreen, Jim and our first son Christopher have worked for the past ten years or so on building our charity Beds from Brian in memory of our second son Brian.  We have supported local nonprofit agencies with beds and bedding to be donated to local children and families in need.

Brian was born on September 18, 1990 with a rare genetic disorder, Roberts Syndrome.  He had several physical limitations and remained as an infant.  Brian lived unable to sit or speak, so he was either resting in his cozy bed or held.   We cared for him at home until his passing on April 13, 1993.

We wanted to find a way to give back and also show tribute to our son. One Sunday, a nun was speaking at our church and mentioned a need for beds for children, and the idea of Beds from Brian came to light.  We began by collecting gently-used bedding and donated prepared “beds in a bag” to a local nonprofit agency.  Then we started holding a yearly fundraiser.  First to collect new items, and as time went on, to raise money to purchase new mattresses and box springs, frames, comforters, blankets, sheets, sleeping bags, pillows, pillow cases and pajamas.

We hold our yearly fundraiser usually in September, Brian’s birth month, or at least in the last quarter of the year. The funds raised purchase specially selected items to meet the need of the children referred from each agency.  Throughout the years, we have donated over 2,000 items.

The First Annual fundraiser was a chili party held at our home in 2006.  Other events throughout the years were picnics, roller skating parties, a snail mail raffle and comedy nights. We raised money by selling tickets, holding raffles and accepting donations. The last event was the Ninth Annual Fundraiser, a comedy night at a local comedy club in 2014.

​​Beds from Brian Board of Directors